Oil surges 24%, on track for best day ever, rebounding from Wednesday’s steep losses 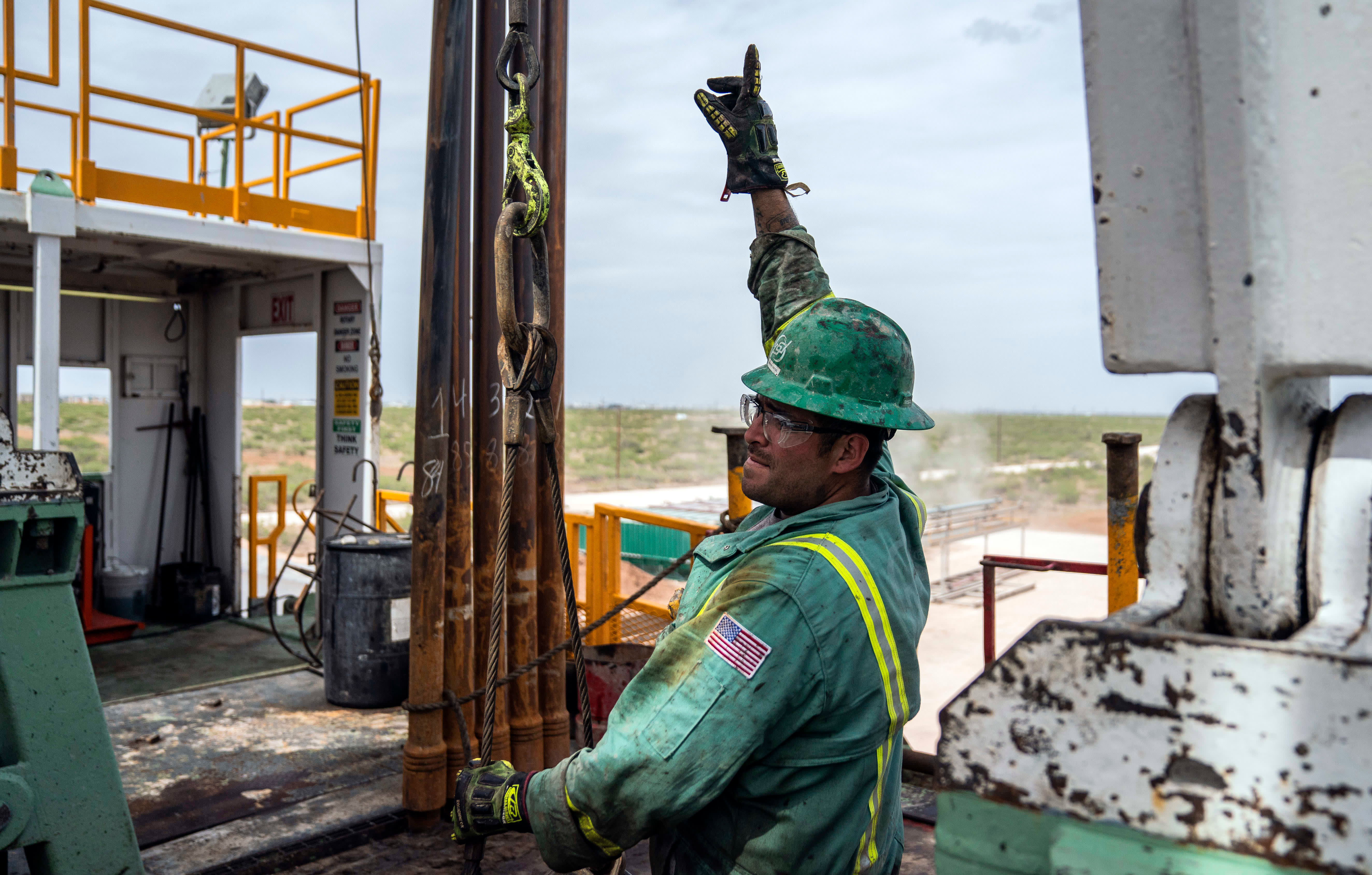 Workers extracting oil from oil wells in the Permian Basin in Midland, Texas on May 1, 2018.

U.S. oil jumped more than 24% on Thursday, putting it on track for its best day on record as it clawed back more than half of the losses from Wednesday’s swoon.

KKM Financial’s Jeff Kilburg said Thursday’s jump was due to the “rubber band” effect. “Prices are elastic and this is the snap back of a historic oversold condition in WTI,” he said.

“Crude was wildly oversold, with a Relative Strength Index which got below 14, the lowest I’ve ever seen for any commodity, and we’ve now decided that maybe the global economy isn’t going to come to an end,” he said.

He noted that oil moved higher in tandem with the broader market, as China reported no new coronavirus cases and as central banks worldwide announced stimulus measures aimed at curbing the economic slowdown caused by the virus.

Oil is getting hit on both the supply and demand side. A slowdown in worldwide travel and business activity is weighing on demand, just as powerhouse producers Saudi Arabia and Russia prepare to ramp up production.

As tensions between the two countries escalate, President Donald Trump said the U.S. could get involved.

“We have a lot of power over the situation and we’re trying to find some kind of medium ground,” Trump said during a White House press conference on Thursday. “They’re in a fight on price, they’re in a fight on output, and at the appropriate time I’ll get involved.”

The OPEC+ production cuts expire at the end of the month, meaning nations will soon be allowed to pump as much as they please.

Some firms, including Rystad Energy, believe the stimulus measures announced thus far will be insufficient to stop further demand declines.

“Our current balances suggest that prices will have to drop further, likely to $10 per barrel, or even below in the worst case, to trigger production shutdowns,” Rystad senior oil markets analyst Paola Rodriguez-Masiu said.

Thursday’s gains notwithstanding, WTI is still far from prior highs, and many analysts believe prices will head even lower before any type of turnaround. It’s on pace for its worst month ever after falling more than 46%, and is 63% below its 52-week high from last April. The losses have been swift and steep. As recently as January, WTI traded at $63 per barrel.

“Looking ahead, the path of least resistance is decidedly lower right now and the lower-for-longer dynamic appears to be one that is here to stay for a while, given the clearly bearish fundamentals pointing to a likely longstanding surplus in the global oil markets,” Tom Essaye, co-founder of The Sevens Report, said Wednesday.