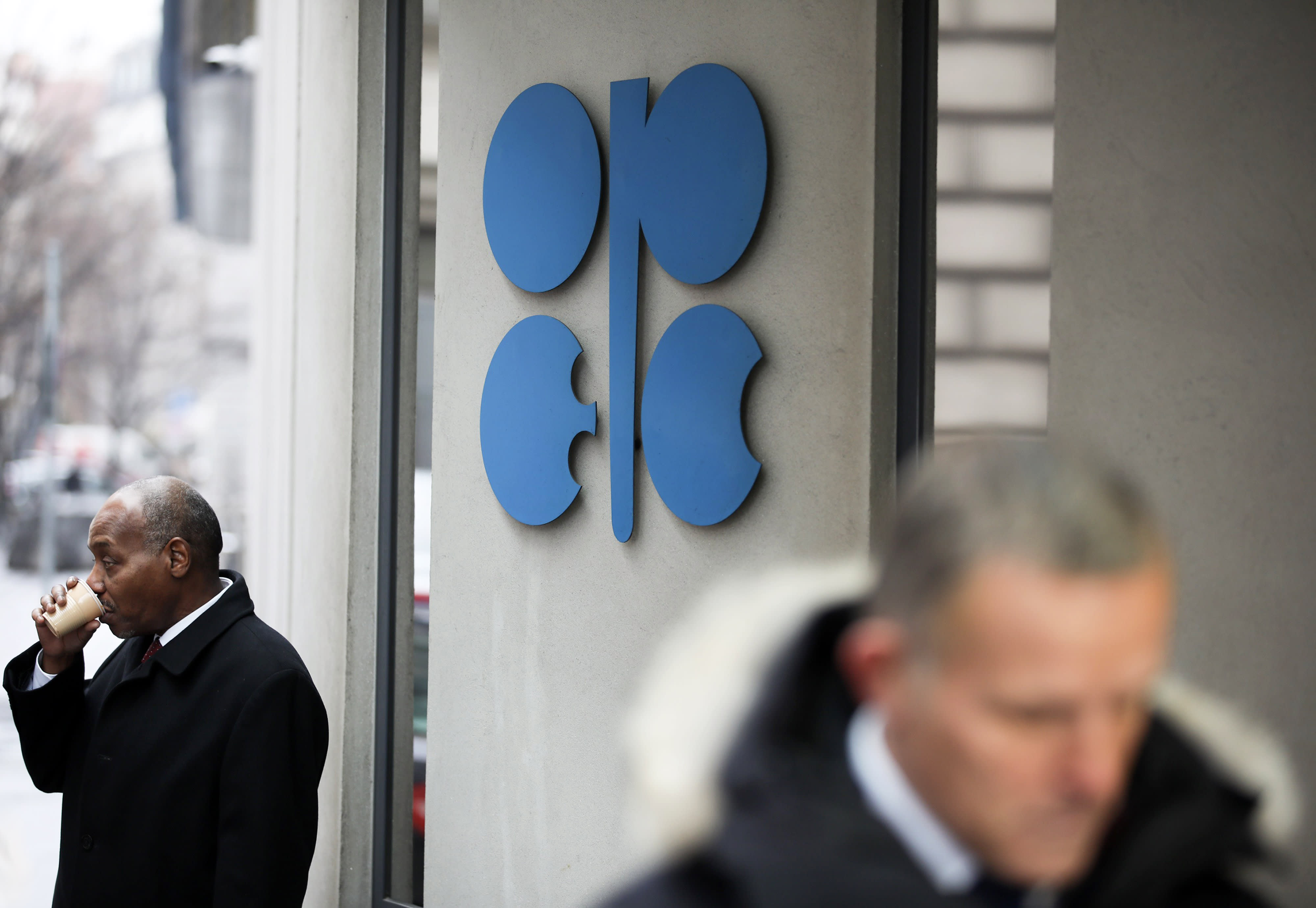 Oil prices turned negative, giving back a more than 12% gain, as the Street awaited details on production cuts from OPEC and its allies, known as OPEC+.

Producers were reportedly amenable to scaling back production in an effort to prop up falling oil prices, although traders were skeptical that an agreement on a cut large enough to combat declining demand would be reached.

Oil prices reversed course and turned negative as traders awaited confirmation of the cuts as well clarity on key details, including how the cuts would be divided among OPEC+, as well as the production numbers on which the cut would be based.

The reported deal came as the virtual meeting between OPEC+ kicked off around 10:45 a.m. E.T., in which some of the world’s largest producers were set to discuss historic production cuts as the coronavirus pandemic saps demand for crude.

Some remained skeptical that a cut as large as 20 million barrels per day could be reached. “I am suspect that is achievable,” said Rebecca Babin, senior energy trader at CIBC Private Wealth Management. “They have set themselves up for an epic fail by floating the 20 million barrel figure,” said Again Capital’s John Kilduff.

Ahead of the meeting, the Street had been watching for cuts in the 10 million to 15 million barrels per day range after President Donald Trump said he had spoken to Russian President Vladimir Putin and Saudi Crown Prince Mohammed bin Salman and expected them to announce a deal of that size.

“We’re optimistic that they’ll reach an agreement between the Saudis and Russians in an effort to stabilize the markets,” U.S. Energy Secretary Dan Brouillette said Thursday on CNBC’s “Squawk Box” ahead of the meeting. “I think they can easily get to 10 million, perhaps even higher, and certainly higher if you include the other nations who produce oil, nations like Canada and Brazil and others. Easily, easily done,” he added.

The meeting comes as relations between some of the world’s largest producers has grown fraught, and Saudi Arabia and Russia had previously signaled that any cut would need to include action from non-OPEC nations such as the U.S., Canada and Norway.

“OPEC+ is trying mightily to cobble together a sizable production cut, and they are in full spin mode to try and rally prices,” Kilduff told CNBC. The “teleconference will be a make-or-break moment for the oil market. The math on a 10 million barrel per day cutback, which is the minimum necessary to stabilize the situation, is almost impossible to compute.”

Energy ministers from the Group of 20 major economies will convene for their own extraordinary meeting on Friday, in which Energy Secretary Dan Brouillette will participate.

The G-20 presidency said Tuesday that the meeting would be held “to foster global dialogue and cooperation to ensure stable energy markets and enable a stronger global economy.”

When it comes to U.S. energy companies, Trump has commented that market forces will prevail, and on Wednesday said that producers have “already cut way back.” Brouillette echoed this on Thursday, telling CNBC that the “demand downturn has led to production cuts in the United States of about 2 million barrels per day thought the reminder of 2020.”

RBC global head of commodities research Helima Croft said she believes the chances “are greater than even” that “a broad framework agreement to curb output by a big headline number” can be achieved, but noted that “the situation remains extremely fluid.”

“There are several land mines lurking right below the surface that could still blow up the negotiations at the 11th hour,” she said in a note to clients Thursday.

But even if a deal is reached, many argue that prices will stay lower for longer due to the unprecedented demand destruction caused by the coronavirus. In other words, the supply side is a secondary story to the demand hit.

“Even if a production-cut agreement is reached, which will surely give prices a short-term boost, we believe the enthusiasm will subside at some point and the reality of the size of the demand’s imbalance will eventually hit the market,” said Bjornar Tonhaugen, head of oil markets at Rystad Energy.

Since early March, the outlook for oil has changed drastically as the pandemic spread, with much of the world now staying home. Oil prices sank to their lowest level in nearly two decades. WTI and Brent both fell more than 50% in March for their worst month on record. The first quarter was also the worst in history, with WTI shedding 66%, while Brent fell 65%.

Amid the decline, which has pressured highly-leveraged U.S. oil companies, President Donald Trump sought to broker a deal between Saudi Arabia and Russia. On April 2 Trump told CNBC that he had spoken to Russian President Vladimir Putin and Saudi Crown Prince Mohammed bin Salman and that he expected them to announce a record production cut.

American drillers are still pumping near record levels as the world is coming to the edge of its ability to store oil. The U.S. oil industry is divided on whether it could or should contribute to production cuts in an effort to stabilize prices.

The American Petroleum Industry opposes cuts, saying such a move would harm the U.S. industry. In Texas, however, Ryan Sitton, one of the three members of the Texas Railroad Commission, has said that the state would consider participating in such a deal.

Earthquake Kills At Least 14 in Western Turkey and Greece