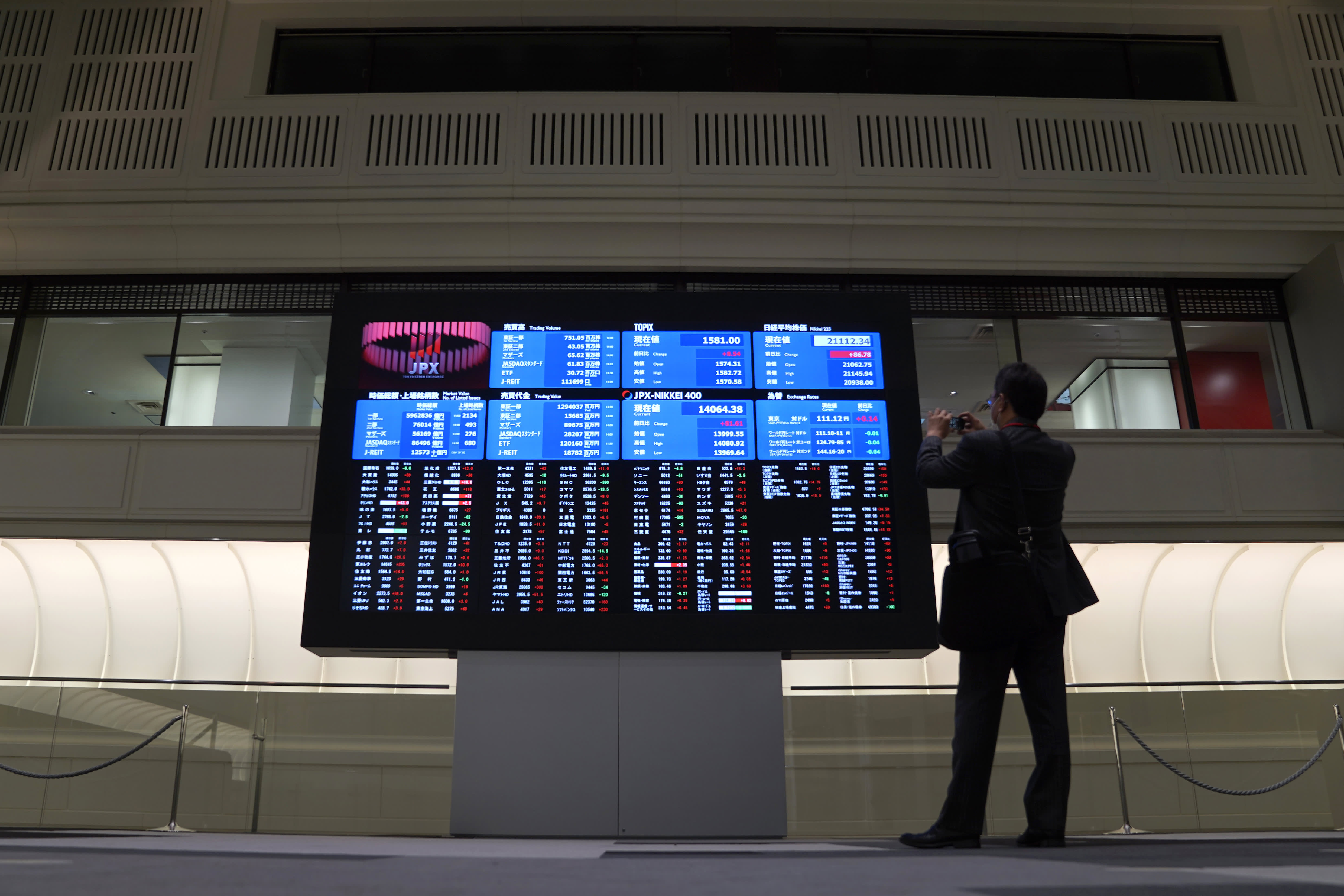 Hong Kong’s Hang Seng index gained 2.95% by the afternoon. Mainland Chinese stocks were also higher, with the Shanghai composite up around 0.9% while the Shenzhen component added 0.983%.

Investors on Tuesday likely focused on central bank announcements. In the Reserve Bank of Australia’s minutes of its June monetary policy meeting released Tuesday, the central bank’s board “recognised that the substantial, coordinated and unprecedented easing of fiscal and monetary policy in Australia was helping the economy through this difficult period.”

“It was likely that this fiscal and monetary support would be required for some time,” the RBA minutes said.

Meanwhile, the Bank of Japan on Tuesday stood pat on its main policy tools. In a statement announcing its monetary policy decision, the central bank said “Japan’s economy is likely to remain in a severe situation for the time being due to the impact of COVID-19 at home and abroad, although economic activity is expected to resume gradually.”

“For the time being, the Bank will closely monitor the impact of COVID-19 and will not hesitate to take additional easing measures if necessary, and also it expects short- and long-term policy interest rates to remain at their present or lower levels,” the BoJ said.

The U.S. Federal Reserve announced Monday more measures to support the market. The Fed said it would buy individual corporate bonds, marking a broader approach to corporate bond buying. Previously indicating it would eventually buy bonds on the primary market, Monday’s announcement by the U.S. central bank marked an expansion of that into the secondary market.

“I think the reality is that the Federal Reserve, learning from the experience of the global financial crisis, is that they can’t wait for things to happen and then act upon it,” Tai Hui, Asia chief market strategist at JPMorgan Asset Management, told CNBC’s “Squawk Box” on Monday. “The preemptive nature of a lot of these measures have been positive.”

The moves came as Bloomberg reported the Trump administration is drawing up a $1 trillion infrastructure proposal. Citing sources, the report said a preliminary version being prepared would set aside majority of the money for traditional infrastructure such as roads and bridges, though funds would also be reserved for 5G wireless infrastructure and rural broadband.

The U.S. dollar index, which tracks the greenback against a basket of its peers, was at 96.518 after slipping from levels above 97 seen earlier.

Oil prices were lower in the afternoon of Asian trading hours, with international benchmark Brent crude futures down 0.5% to $39.52 per barrel. U.S. crude futures also slipped 0.57% to $36.91 per barrel.