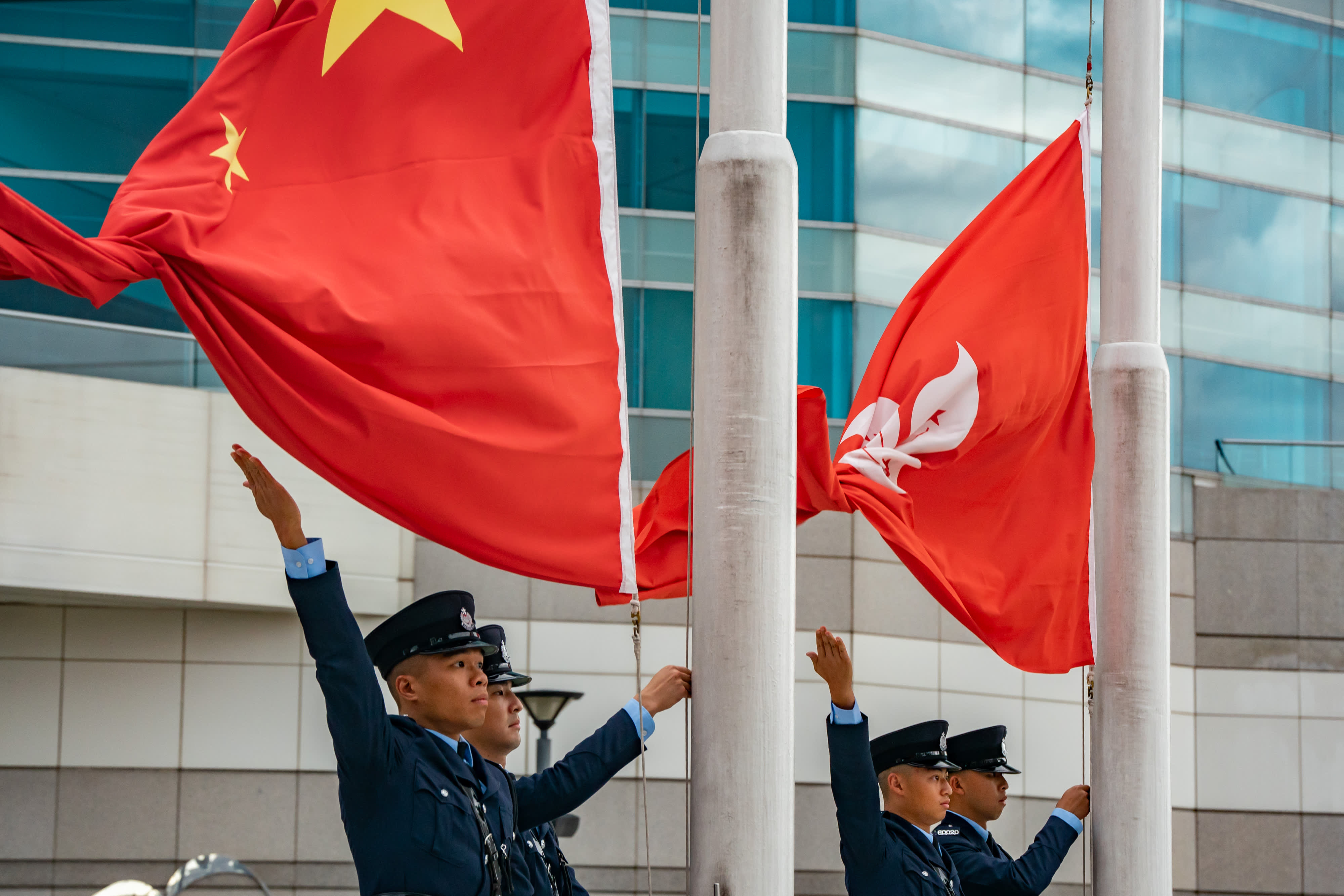 Hong Kong Police Guard of Honour raises a Chinese national flag and a Hong Kong flag during a flag raising ceremony at the Golden Bauhinia Square on June 15, 2020 in Hong Kong, China.

The top decision-making body in China’s parliament has reportedly passed the contentious national security law for Hong Kong, according to media.

Reuters cited Cable TV in Hong Kong as reporting that the law was passed unanimously by the Standing Committee of China’s National People’s Congress on Tuesday.

Beijing says the law is aimed at prohibiting secession, subversion of state power, terrorism activities and foreign interference. The law was proposed during China’s annual parliamentary meeting in late May and reignited protests in Hong Kong over fears that freedoms in the city would be eroded.

It comes ahead of the anniversary of Hong Kong’s 1997 handover from the U.K. to mainland China on July 1.

Hong Kong is a former British colony governed under the “one country, two systems” framework and has more autonomy than other Chinese cities, including limited election rights and a largely separate legal and economic system. The special administrative region was handed back to China in 1997.

Ahead of the passage of that law, Eurasia Group said that passing the law before the anniversary of the handover could be an indication that Beijing wants to “clamp down on protests far ahead” of Hong Kong’s legislative council elections in September.

Controversy over the law

Few details about the bill are known, but many were concerned about Beijing encroaching on Hong Kong’s rights and freedoms, in part because the move would bypass the city’s own lawmakers. Hong Kong was promised a high level of autonomy for 50 years after the handover.

It is also seen as a way for China to gain more control after Hong Kong saw prolonged — and sometimes violent —protests over a now-withdrawn extradition bill.

Meanwhile, businesses see the need for a security law, but want to know what it entails and how it will be implemented, David Dodwell, executive director of the Hong Kong-APEC Trade Policy Group, told CNBC in early June.

Reuters reported that a national security office would be set up in Hong Kong to collect intelligence and handle related crimes, and that the city’s leader, Carrie Lam, would be allowed to appoint specific judges to hear national security cases.

Lam said she would not do so, but would select a panel of judges that the judiciary can choose from, according to Reuters.

She has also said the new law would not infringe on Hong Kong’s way of life, but would target a “small minority of illegal and criminal acts.”

Businesses, sick of policing mask use to prevent coronavirus, ask government to step in